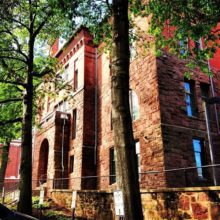 Meriden is a small, working class city in New Haven County. Meriden originally was part of Wallingford.  It was granted a separate meeting house in 1727, became a town in 1806 and incorporated as a city in 1867.  Meriden has so much to offer with its convenient location and beautiful landscape. Meriden is connected to […]