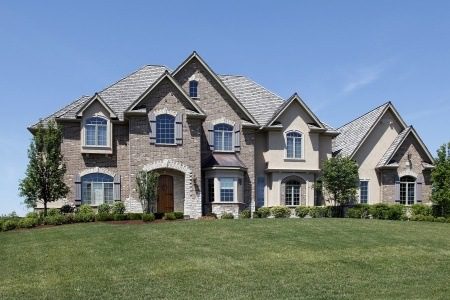 After 3 years of efforts to sell their Ridgefield, CT luxury home without success, these sellers were forced to face the fact their home was now worth about half of the $2 million they owed on it. After a business failure, the sellers had moved out of state for new employment opportunities and could no longer afford to continue making the payments on the old home. After some research they realized their best option was a short sale.

From speaking with the seller, I determined he had two separate Chase portfolio loans. Portfolio notes are loans kept in house by the lender rather than being sold to investors. Almost all jumbo loans are portfolio loans as these loans cannot be as easily sold as conventional loans. The good news here is that working a short sale directly with the note owner (rather than through a servicer) can be a more simple and quick process as there are less decision makers involved and banks who suffer direct losses are highly likely to want to mitigate their losses quickly.

The home went on market and unfortunately was not well received. Ridgefield, along with most Fairfield County values, have suffered quite a bit, especially in the higher end of the market. It took almost two months and three price reductions to get serious interest in the home. Unfortunately what followed was three separate bidding wars. During the first, we secured a buyer – but the deal died a few weeks later with the the lawyers who could not reach agreement on their paperwork.  Back on market we entered a second bidding war, secured a buyer – and unfortunately the deal again died a few weeks later with the lawyers! Again on market we immediately entered a third bidding war. This time all attorney conditions were required to be met prior to any offer submission, and we soon had our final buyer! Our sale docs went to Chase and they quickly went to work on processing the short sale. Despite a few negotiator changes and Chase management having to take some extra time to consider the very large loss, Chase approved our short sale without much hassle in just 10 weeks!  Shortly after we closed on this Ridgefield, CT luxury home, with the seller being fully forgiven of over $1 million of negative equity!
CONSIDERING A SHORT SALE? CONTACT US!