Connecticut sellers can celebrate another year of drastic price increases and a strong sellers market! Despite the massive economic losses caused by the governors coronavirus lockdowns, the Connecticut housing market continues to boom! But...for how long?

Home sale prices jumped 15% year over year in 2020 and 2021 is already starting at 4% over that! After many years CT has not only recovered from the housing bust, but reached a new high! 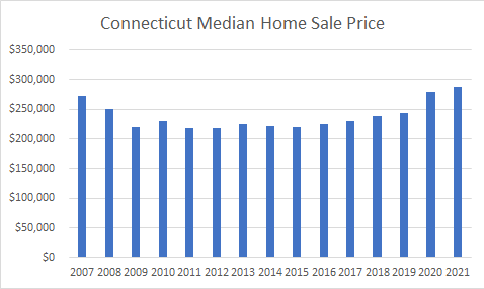 The inventory squeeze started a few years ago, but was magnified in 2020 during the lockdowns. This lack of inventory, coupled with strong buyer demand, continued to fuel the raging sellers market as buyers competed for the limited available homes. The last half of 2020 shows a rate of sold listings that exceeds the rate of new inventory entering market, a usually uncommon scenario. However, January 2021 shows new listings meeting sold listings exactly...perhaps a sign that the market may be ready to cool down. 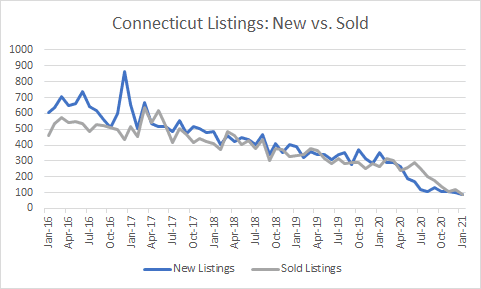 Why is inventory so low and what happened to the foreclosures?

A strong economy, a generation of new millenial homebuyers, low interest rates, and hopeful home flippers have spurred the market for the past few years, but the foreclosure moratorium that was put into place in March 2020 has further compounded the inventory crisis.

While in most years distress inventory (foreclosed homes and short sales) have held at least 10% of the market share, 2020 and 2021 saw these sales nearly eliminated altogether at less than 2% of all real estate sales: 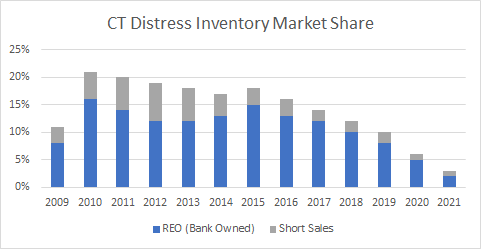 What will happen when the foreclosures start again?

While the current moratoriums are keeping people in homes even without payment, it can't last forever! Ultimately the courts must open again and losses will need to be mitigated. Homes will foreclose and some will sell at a loss.

Additionally, the percentage of mortgages in forbearance rose sharply in April, and peaked at 8% in June. As of early November, the rate was 5.5%, representing 2.7 million households."

It may be impossible to know how many others have been affected financially by the shutdowns, but ultimately government will be forced to stop propping up the housing market and it will be time to pay the piper! 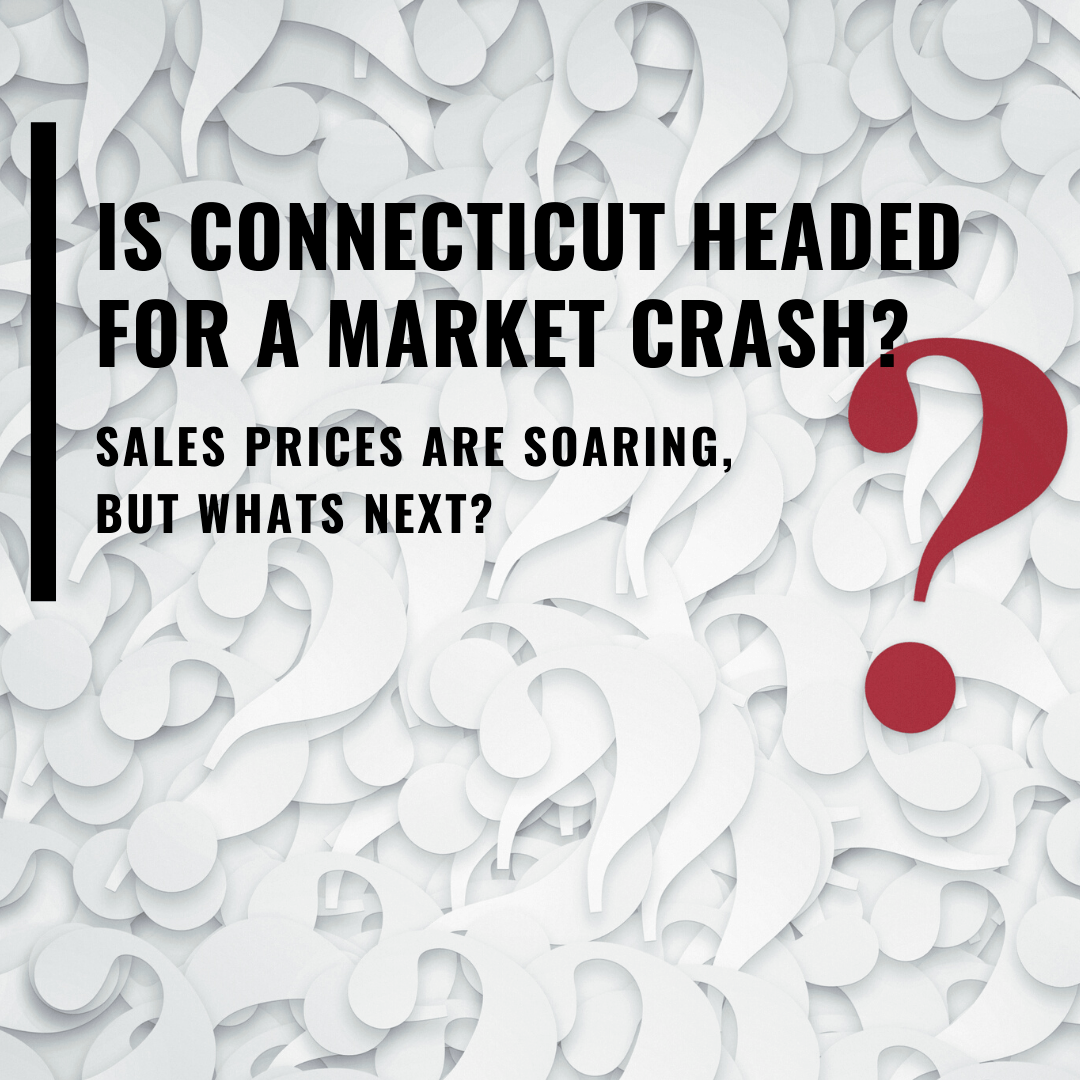 Will it mean a housing crash? Or just a softening? Hard to say, but what has come up will eventually have to come down!

Foreclosures start to creep back into the Connecticut real estate market…

Connecticut housing starts of 2022 with another solid sellers market!